This is a report on excerpts from a 2016 research paper on Chiropractic and Meniere’s disease titled:

What is the patient’s experience with Meniere’s disease and why?

“Meniere’s disease not only includes the symptom complex consisting of attacks of vertigo, low-frequency hearing loss, aural fullness and tinnitus but compromises symptoms related to the Eustachian tube, the upper cervical spine, the temporomandibular joints and the autonomic nervous system.”

“Meniere’s disease is sometimes referred to Meniere’s syndrome. A syndrome is a collection of symptoms. According to the Prosper Meniere Society a diagnosis of Meniere’s disease requires at least two spontaneous episodes of vertigo, each lasting 20 minutes or longer, hearing loss verified by a hearing test on at least one occasion, tinnitus or aural fullness and exclusion of other known causes of these sensory problems.”

“Trauma to head was added as a risk factor.”

“One hundred percent of three hundred consecutive patients medically diagnosed with Meniere’s disease also having suffered a whiplash trauma is unlikely coincidental. Furthermore, ninety percent having a listing of posterior and inferior towards the opposite side of the effected ear is significant, as is ninety percent getting their vertigo under control within six weeks. All patients with a history of vertigo should be questioned about a history of trauma, especially whiplash from an automobile accident, contact sports injury, or serious falls. Patients often forget these accidents, thinking that they were not hurt because they did not break any bones and were not bleeding.”

-The mechanical factors that contribute to this condition are discussed in this paper. Of note is that it is noticed that the injury to the head and neck most often occurred 15 years prior to the onset of the vertigo which is very interesting.
-I also like the comment regarding patients don’t perceive accidents in their past to be of an impact to their current health condition.  There are cases I remember of patients commenting on minor car accidents that they weren’t injured in but then I find out later that this “minor accident” involved a roll-over accident and months off work.  Accidents do matter and unfortunately can impact your health years later, such as in the case of these patients experiencing Meniere’s disease.

“Recent studies have demonstrated that not all Meniere’s patients have endolymphatic hydrops, and that many patients with hydrops do not suffer from Meniere’s disease. “

-One theory of this conditions cause was the fluid build-up in the ear creating vertigo.  Recent studies however have found that when there are “endolymphatic hydrops” present it does not always result in vertigo.  This leads us to believe that there are multiple compounding factors that contribute to the cause or presentation of this condition.

“In patients who chose not to undergo surgical treatments, it was found that over 71% of those patients reported complete control on vertigo after 8 years. Thus, it is true that for some patients the attacks of vertigo will subside with time. The term burnout is appropriate as this reduction in vertigo is not due to a recovery of the balance system.  Rather it is because the balance portion of the inner ear becomes irreversibly damaged, so that it no longer functions. The above data are average figures and there is considerable variation from patient to patient. Some patients may continue to have vertigo attacks for 20 years or more.”

-It is promising that this condition will eventually “burn-out” as described above, but very frightening that it can last for 20 years or more.  Efforts right away to address this problem from all angles (as conservatively as possible from a Chiropractor’s perspective) is very important in order to function well throughout this period of life.

“New theories canter on the fact that Meniere’s disease may not have a single cause but may well be a common endpoint of a variety of anatomic (structural) or physiologic (functional) variables, including ischemic or even autoimmune injuries.”

-The idea that this condition has numerous causes that compound to create the end stage experience referred to as Meniere’s is the new thought.  From a Chiropractor perspective this means getting into as many good habits as possible regarding your health, especially your neck, so that you can minimize the negative compounding factors while encouraging your body to heal. 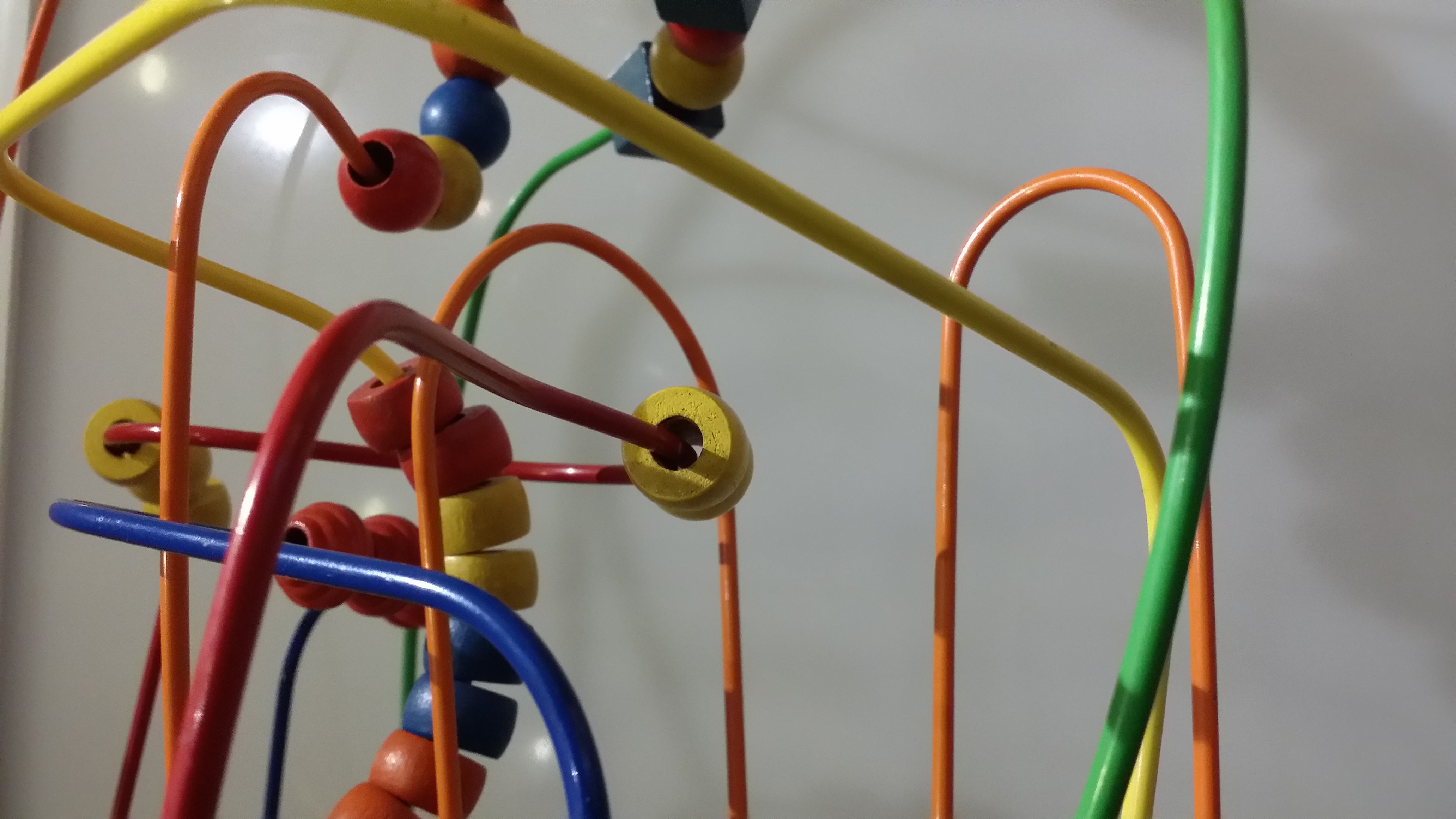 The Spinal Cord and Meniere’s disease

“The fluid spaces of the inner ear are connected to the cerebrospinal fluid (CSF) by a small duct called the cochlear aqueduct. In most humans, this duct is believed to be patent, so that pressure changes of the CSF are transmitted directly to the ear. It has been reported that low CSF pressure is associated with glaucoma and endolymphatic hydrops.”

-This fluid (CSF) can be visualized in this blog of mine regarding CSF flow.  It is amazing to see this fluid move in a functional MRI.  Imagine if there was pressure built up due to blockages in this fluid flow because of postural injuries in the neck.  The mention that if this pressure builds up it can impact physically impact the pressure in the ear! This research article also has pictures at the end describing the close anatomical connection of these structures.

“Physicians may initially suggest a reduced salt level in diet, in the range of 1400 mg/day, to see if symptoms can be alleviated. Steroids may help control vertigo in some people. Also surgery.”

-A low salt diet is an easy approach, definitely may be a great conservative starting point.  The other medical treatments may be necessary but are hopefully avoidable to reduce impacting the rest of the body.

“In a previously published double blind, placebo controlled study, the efficacy of an endolymphatic sac-mastoid shunt was compared with a purely placebo operation (mastoidectomy) in controlling the symptoms in 30 patients with typical Meniere’s disease. The results were the same.” (Placebo effect in surgery for Meniere’s disease: a three-year follow-up study of patients in a double blind placebo controlled study on endolymphatic sac shunt surgery.)

-Surgery oftentimes does not perform better than a placebo unfortunately.

“The Meniere’s Research Institute has established a link between whiplash (vehicular accident or fall to the head) and Meniere’s disease. The mean average from the time of trauma to the onset of symptoms is fifteen years. Insertion of a middle-ear ventilation tube can temporarily alleviate Meniere’s symptoms, suggesting Eustachian tube dysfunction (EDT) is a contributing factor. Clinical practice also shows that treating disorders of the upper and lower cervical spine and temporomandibular joints can lessen Meniere’s disease symptom. Similarly, stellate ganglion blocks can be beneficial in controlling Meniere’s disease symptoms, highlighting the influence of the autonomic nervous system, in this reflex pathway, irritation of facet joints can first lead to an activated anterior cervical sympathetic system in the mediolateral cell column; simultaneously leading to an axon reflex involving nociceptive neurons, resulting in neurogenic inflammation and the prospect of ETD.”

-The Chiropractic approach to Meniere’s disease is to help the patient with the physical aspects of this condition that are impacting the pressure in the ear and the neurological imbalance of the autonomic system.  Chiropractic can achieve this for the patient but specifically adjusting the bones in the neck or jaw that can directly interfere with the nerves and indirectly affect the pressure in the ear.  This study definitely highlights the importance of Chiropractic care at the beginning stages of this condition, and more importantly and ideally 15 years prior at the onset of the injury to the neck!

“The improvements in these patients made a significant difference for 291 out of 300 patients, affecting whether or not they could work, drive and/or have a positive relationship with their spouse. They might get dizzy but would not have vertigo. They might get nauseous but would no longer vomit. For those that still had attacks, they occurred less often, lasted for a shorter duration and were not as intense. Recovery time was also significantly shorter.”

“All 300 patients showed evidence of upper cervical subluxation upon neurological examination, and all exhibited both evidence of a history of whiplash and an existing atlas subluxation in radiographs. Two hundred seventy out of 300 patients had posterior and inferior atlas listings, with atlas laterality on the opposite side of the involved ear, causing a subluxation on the involved side. It tool an average of fifteen years from the time of the head/neck trauma until the onset of Meniere’s type symptoms.”

Want to read more about this topic?

Check out this blog written by Dr. Peever on Vertigo in Mississauga.

Want to find more research on Meniere’s and Chiropractic? Check out some of these research papers:

Reduction of Symptoms of Meniere’s Disease & Trigeminal Neuralgia Following Upper Cervical Specific Chiropractic Care: A Case Study
(This study reviews the case of a lady with substantial neck trauma in her past who subsequently developed trigeminal neuralgia as well as meniere’s disease.  Fortunately, Chiropractic care was able to help her manage her condition.  Unfortunately, it took her years to discover this and she responded well to one form of Chiropractic care and not another.  This made it necessary for her to drive 3 hours to get adjusted.  Her situation was unique as she had bones in her neck that were “congenitally fused” together [meaning that she was born with some bones stuck to the other ones].  This was identified on the X-Ray of her neck and spine, which allowed the Chiropractor to specifically adjust the correct vertebrae to make the correction to her neck.)

Improvement in Meniere’s Disease Following Upper
Cervical Chiropractic Care: A Case Report & Review of the
Literature | Journal of Upper Cervical Chiropractic Research – August 17, 2020
(This study describes the chiropractic care of a 64 year old patient with Meniere’s disease.  The patient had been suffering from Meniere’s disease for three and a half years. Chiropractic exam
revealed a vertebral subluxation at C1.  Knee Chest upper cervical specific chiropractic care was provided over 14 months. The patient experienced a significant improvement in symptoms of Meniere’s disease, vertigo, anxiety and headaches. She experienced overall better health including increased strength, energy, and a more positive mental outlook.)

Schedule Your First Visit To Our Clinic