Below are some of my favourite excerpts from this 2013 research paper on the improvements in symptomatology in a patient who was living with Parkinson’s Disease. I hope the information makes you curious to learn more and ask a Chiropractor questions.  The technique they use to adjust this patient is called the Activator Methods Chiropractic Technique, and is what I use in Mississauga to adjust my patients. 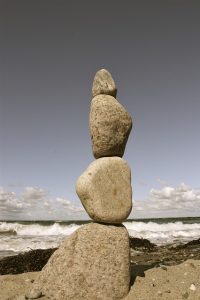 “Objective:
The purpose of this case study is to provide a detailed report on the symptomatic improvement of a patient with Parkinson’s disease (PD) undergoing Activator Methods chiropractic care.
Clinical Features:
A 68 year-old female, diagnosed with Parkinson’s disease four months prior, presented to a private practice for chiropractic care. She began experiencing symptomatic complaints of essential tremors one-year prior to being diagnosed with Parkinson’s disease. Her symptoms, which seemed to be progressively worsening, included resting tremors in her hands, fatigue, lack of motion in the cervical and lumbar spine with associated neck pain/stiffness and lower back pain.
Interventions and Outcome:
Over a four-month period, the patient was seen twice per week during which she was evaluated and adjusted using the Activator protocol. In addition, postural exercises were performed by the patient for the cervical spine in order to improve range of motion and mobility of the neck. Improvements in ranges of motion, paraspinal thermography and sEMG were noted along with the patient’s subjective report of improvements in tremors, fatigue, mobility, rigidity and neck pain/stiffness and lower back pain following Activator adjustment.
Conclusion:
Spinal subluxation may be a contributing factor in the symptomatic expression of Parkinson’s disease. Reduction in subluxation with Activator analysis and adjustment may be an effective approach for managing the symptoms associated with PD; however more research is warranted investigating the effects of Activator Methods Chiropractic Technique (AMCT) and Parkinson’s disease.”

“[patients with Parkinson’s Disease suffer from] Increased falling, abnormal posture and decreased mobility may cause both acute and chronic musculoskeletal problems contributing to the bone and joint problems seen in Parkinson’s disease.”

“The functional leg length test performed on the patient, revealed a significant left leg length discrepancy of greater than one inch.”
-This testing is done when a patient lies face down or prone on the chiropractic table.  Through a series of tests the chiropractor can assess how a person’s spine and nervous system are working.

“Thermal scanning was used to assess paraspinal muscle heat asymmetry and muscle tone. Thermography is used as a diagnostic tool to assess the skin temperature of paraspinally as a way to assess the functionality of the autonomic nervous system.”

“The thermography scan performed on the patient, indicated thermal asymmetries throughout the spine with the greatest difference located at T2 on the left side..”
-This testing is done in our Mississauga office and fortunately does not hurt! It is a simple test which can help us understand how well your body is adapting to your environment.  The better you can adapt, the better life can be.

“The sEMG scan performed on the patient indicated hypertonic musculature in the thoracic and cervical regions, with the greatest hypertonicity located at C4 bilaterally.”

“Radiographic diagnosis revealed a reversal of the cervical curve, decreased disc space at C4/C5 and C5/C6 with moderate degenerative joint disease (DJD) and severe disc space narrowing at C6/C7 with severe DJD and intervertebral osteochondrosis (IVOC).”
-We can also xray in our Chiropractic office in Mississauga, but it is not always needed. If your case requires an xray, we will let you know.  Old injuries and a lifetime of hard or difficult postures can lead to an arthritic neck such as in this case.  The arthritic process can protect the bones but unfortunately can irritate the nerves, which is one aspect of worsening symptoms. Fortunately, Chiropractic is a drugless approach towards arthritis.

“Intervention: Upon completion of the initial chiropractic examination, findings were assessed using Activator protocol and a patient management plan was established in order to begin care. The patient was seen twice per week initially for sixty days. After sixty days had passed, the patient was re-examined and any necessary adjustments to the care plan were made.”

“During the first sixty days of treatment, the patient presented with multiple subluxations of the cervical, thoracic and lumbar spine as well as the pelvis. On almost every visit during the initial phase of care, the patient had subluxations at C2, T3/T4, L3/L4, and either an anterior-superior (AS) or posterior inferior (PI) misalignment of the ilium. All subluxations found were detected using leg-length inequality paired with isolation, pressure and stress tests. Once the misaligned segments were found, adjustments using the Activator were administered. The Activator instrument is used as an alternative to manual adjustment, delivering the same adjustment with less force, yet still achieving the same amount of vertebral movement.”

“Adjustments of the spine, specifically the upper cervical spine, have been shown to improve symptoms in patients with PD, including a reduction in tremors, hypertonicity of upper and lower limb muscles, increased energy and a reduction in postural abnormalities.”

“Upon re-examination, the patient reported significant changes in her symptomatology. The patient noted a decrease in hand tremors and improved flexibility in her cervical spine. In addition, she confirmed a reduction in lower back pain and an increase in energy levels”
-This patient was getting her life back. She wanted more. Amazing to see and hear for this patient.  We love hearing these stories from our patients.

“A follow-up scan measuring thermography and static surface electromyography was performed, indicating a reduction in thermal asymmetry as well as muscle hypertonicity within the patient’s spine.”

“In regards to the sEMG, a dramatic reduction in muscle tone occurred in the cervical spine as well as the lower thoracic spine”

“Re-examination findings concluded the patient was responding to care and experiencing significant gains in spinal, physical and mental health. The patient’s management plan remained the same consisting of chiropractic adjustments twice per week for sixty days with a re-examination at the conclusion of the treatment plan to determine patient’s progress toward correction.”

“Upon re-assessment, the patient noted continued improvements in original symptomatology. Since beginning care, she stated improved neck rotation as well as a continued reduction in hand tremors. Additionally, the patient stated that she felt less strain on her lower back.”

“All of these findings were consistent with a positive patient response to care. Subjective reports from the patient regarding her care indicated improved mental acuity, sharper vocabulary, and a renewed passion for life.”

“In addition, both chiropractic adjustments and the postural exercises performed by the patient allowed for proper motion to be restored within the spine at individual vertebral levels. Treating both the kinesiopathology and myopathology components of the VSC allowed for the nervous system to function to the best of its ability given the neurological state of the patient, allowing for a decrease in hand tremors, increase ranges of motion, and a reduction in the over-all pain levels of the patient as a result of the dysfunction occurring within the spine.

Conclusion There is currently no known cure for Parkinson’s disease as treatment options available today deal primarily with treating the symptoms rather than the cause of the pathology. Past studies have shown the efficacy of chiropractic biophysics and upper cervical chiropractic adjustments on decreasing the symptomology experienced by those with PD. This case report adds to the growing body of evidence that chiropractic care can be used as a means of alternative treatment in lessening the side effects experienced by Parkinson’s disease patients.”